The faculty of Technical Chemistry at the TU Wien is awarding travel grants to support young female researchers. For this award EUR 5.000 (in total) are available per year. The goal of this financial support is to increase the participation rate of young female researchers of our faculty at scientific conferences and workshops. The participation at such events allows improving specific scientific knowledge and gives young researchers the opportunity to present their research in front of an international audience of specialists in their fields. 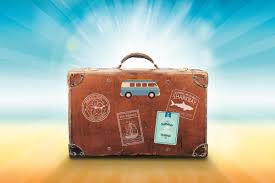 Applications for the FemChem travel grant can be submitted at any time.

The submission deadline for the respective award decision meeting is the last day of the previous month. Submission deadlines are therefore at the end of February, May, August and November.

The application guidelines, the application form as well as the dates for the award decision meetings can be found on this page. Further announcements will be made at the faculty board and via email.

Award decisions are made and announced every three month. The committee consists of four members of the FemChem initiative (each member of the FemChem Initiative represents one of the four institutes), the dean and one selected member of the Committee on Equal Treatment (Arbeitskreis für Gleichbehandlungsfragen, AKG). There is no recourse to legal action. The committees’ decision is final.

If there isn’t any suitable application or in the case that the total amount of EUR 5.000 is not completely consumed, the access amount can be used for another women support programme or can be retained and used in the subsequent award decision period.

Any other financial support from a third-party (e.g. government department, EU, FWF, FFG, TU Wien funding), relating to the indented conference or workshop attendance needs to be declared within the application form (funding agency, duration, amount, type of funding).

Appropriate use of the financial support:

In case of any violation regarding the funding conditions, the applicant is obligated to refund the total amount of the adjudged financial support.

All original receipts need to be submitted (at latest four weeks after the return from the conference, workshop) to the dean’s office. In addition to that, the applicant agrees by signing the application form to write a short report (one A4 page) regarding the attendance (personal impressions, feedback, scientific impact on her research, etc.). The dean’s office as well as the FemChem Initiative are allowed to publish this report online or in a newsletter.