Starting on the 1st of October,  the Institute of Chemical, Environmental and Bioscience Engineering (ICEBE) has a new female member! On behalf of FemChem, we would like to extend a warm welcome to her. In the following, we would like to shortly introduce her to you:

Irina Delidovich was born and grew up in Kazakhstan. She studied chemistry at the Novosibirsk State University in Russia, where she obtained a diploma with honors in 2008. Irina Delidovich completed her PhD on catalytic oxidation of saccharides at the Boreskov Institute of Catalysis in Novosibirsk in 2011. In 2012, she moved to Aachen, Germany. Irina Delidovich worked as a postdoc in the Institute für Technische und Makromolekulare Chemie of the RWTH Aachen University in 2012-2016. In 2013, she was awarded by a scholarship of the Alexander von Humboldt Foundation and the Bayer Foundation. In 2016, Irina Delidovich was promoted to a group leader. Her research was supported by the DFG (Deutsche Forschungsgemeinschaft /German Research Foundation), as well as scholarships of the Max Buchner Research Foundation and Fonds der Chemischen Industrie. Research of Irina Delidovich mainly focuses on chemo-catalytic isomerization of saccharides to obtain highly valuable and/or rare sugars. In addition, she works on development of downstream techniques for selective separation of saccharides, diols, and polyols based on their reversible esterification with phenylboronates. In 2021, Irina Delidovich joined the Institute of Chemical, Environmental and Bioscience Engineering of the TU Wien as a tenure-track assistant professor. 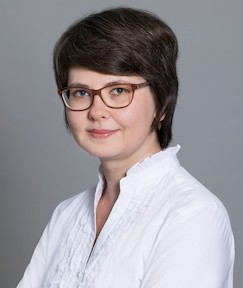